HPV Vaccines May Prevent Some Forms of Breast Cancer 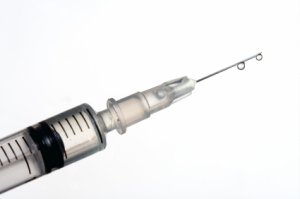 Evidence mounts for
HPV vaccine value
Vaccinating women against the human papillomavirus (HPV) may prevent some forms of breast cancer and save tens of thousands of lives each year, University of New South Wales researchers have found.

Using genetic probes, researchers tested cancerous breast cells and found several strains of HPVs known to have a high risk of initiating cancer of the cervix. HPV has a causal role in 90-95 per cent of cervical cancers.

The study was conducted by a team from the UNSW School of Biotechnology and Biomolecular Sciences, led by Visiting Professor James Lawson, and is published in the British Journal of Cancer.

"The finding that high risk HPV is present in a significant number of breast cancers indicates they may have a causal role in many breast cancers," says UNSW researcher, Dr. Noel Whitaker, a co-author of the new report.