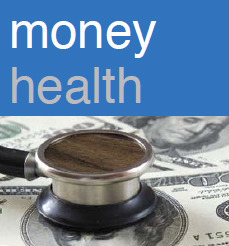 By the time you read this, history will likely have been made, for good or bad, in the American health care arena. On December 21, Democrats formed a cohesive unit and with the assistance of the only two independents in the Senate, voted 60-40 in a test vote to move President Obama's health care overhaul one step closer to reality. The 40 votes opposed represented the entire Republican presence in the Senate. The vote effectively blocked a potential filibuster by the Republicans.

While it was a victory for the Democrats and President Obama, it was a major defeat for Republicans and possibly for the country as a whole. The issue isn't with providing insurance to an additional 30 million of America's uninsured - a greater majority than what's reflected in the 60-40 vote backs the concept. The problem lies in part with the funding and in part with the fact that too many people (even those voting) are unfamiliar with the bill. Of course, that's to be expected with it tallying over 2000 pages. In comparison, a typical copy of War and Peace hits just over 1400 pages. The odds are likely better than 60-40 that less than half the individuals so vehemently for or against this bill have read it in its entirety. It's further likely that among the general public, less than half have read Tolstoy's magnum opus much less the health care reform bill, which while possibly as creative, carries considerably less literary clout.

That's one of the reasons that America loses. Too many opinions are being formed based on the opinions of others and those foundational opinions aren't necessarily educated ones either. Although there has been a lot of discussion and hope for bipartisan support for this and other programs, obviously that's not happening. It's unfortunate that neither side seems to have particular concern for Americans. Instead, it's a concern for "Democrats" and "Republicans" respectively.

So, where does this leave the hospitals and health care providers financially? It depends who you ask. It also could potentially depend on what state you live in and what pork barrel spending was thrown into the health care bill. But maybe I'm unfairly drawing conclusions - I haven't had the opportunity to read the 383 pages of amendments on-the-fence Democrats inserted into the bill on Monday in order to get assurance they'd support the vote (I'm writing this on Tuesday).

The Republicans call "foul" and claim underhanded dealings on the side of the Democrats with rushing in these last-second amendments. The Democrats claim the Republicans are attempting to derail the process to undermine President Obama's first term and to put themselves into a better position for the early elections of this year. Chances are, both parties have valid arguments.
1(current)
2