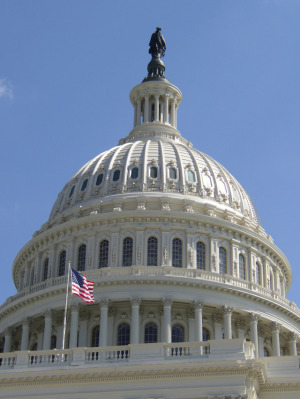 Reform comes to a head
It's wait and hurry up.

House of Representatives action on the long-awaited health reform legislation may come as soon as this weekend, according to House Majority Leader Steny Hoyer (D-Maryland).

"We're going to do it as soon as it is ready to be brought to the floor," Hoyer said about advancing the bill, speaking in a press conference Wednesday. "As soon as we have the CBO numbers that we can have confidence in; and certainly Saturday and Sunday are possibilities."

Wearing a green tie and shamrock, Hoyer didn't let on whether the majority was lucky enough to have garnered the 216 votes needed for a plenary passage of the Senate reform bill in the House. If they fall short, the House may invoke a reconciliation process that would not require members to go on the record with their support or opposition.

There's little doubt that Democrats are rummaging for votes at this point. They got two more Wednesday when Rep. Dennis Kucinich (D-Ohio) switched from opposition to support. Rep. Dale Kildee, (D-Mich) also said he will support the bill.

The language of the bill and its CBO price tag are awaited.