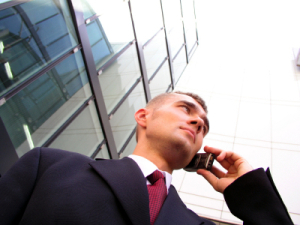 Study on cell phone use
and cancer yields
mixed results
A study of the health impact of cell phones, conducted by the International Agency for Research on Cancer (IARC) and published Monday in the International Journal of Epidemiology, has proved inconclusive regarding brain cancer.

"Overall, no increase in risk of glioma or meningioma was observed with use of mobile phones," concluded researchers. Results don't support a causal link between cell phones and cancer, they said.

The Interphone study methodology entailed interviews with more than 5,000 brain cancer patients and matched controls in 13 countries; many used the technology for over a decade. Those age 30-59 were the focus. The study ran from 2000-2004 in Australia, Canada, Denmark, Finland, France, Germany, Israel, Italy, Japan, New Zealand, Norway, Sweden, and the UK.

Overall odds of the two cancers were reduced in the regular mobile phone cohorts and no elevated risk was found in long-term users of the technology. However, the odds of glioma tended to be greater in subjects who said that they held the phone up to the side of their head where their tumor was found, according to the authors led by Dr. Elisabeth Cardis of the Centre for Research in Environmental Epidemiology in Barcelona (CREAL).

Professor Cardis said that "the Interphone study will continue with additional analyses of mobile phone use and tumors of the acoustic nerve and parotid gland.... Because of concerns about the rapid increase in mobile phone use in young people--who were not covered by Interphone--CREAL is coordinating a new project, MobiKids, funded by the European Union, to investigate the risk of brain tumors from mobile phone use in childhood and adolescence."

Dr. Christopher Wild, Director of IARC said, "An increased risk of brain cancer is not established from the data from Interphone. However, observations at the highest level of cumulative call time and the changing patterns of mobile phone use since the period studied by Interphone, particularly in young people, mean that further investigation of mobile phone use and brain cancer risk is merited."

Researchers reported the study's shortcomings. For instance, participants' recall of their level of use may have been flawed. Countering concerns over risk, the latest wireless phones have lower RF emissions and texting is more popular, removing the device from proximity to the head.