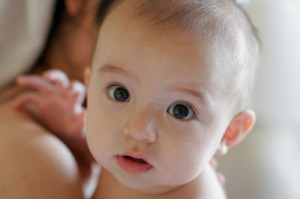 Abuse was detected in 20 infants.
Whole-body magnetic resonance imaging (MRI) may play a role in detecting child abuse in infants, using its accuracy at detecting soft-tissue abnormalities, according to a study published last week in the American Journal of Roentgenology.

While diagnosis of abuse relies largely on the presence of skeletal injuries, detected through a series of X-rays of the all of the bones in the body, bruises are the most common sign of physical abuse which, based on this new research, can be detected through MRI. Currently, subcutaneous tissue and muscle injuries are not evaluated with a global imaging technique in living children, according to the report.

The infants were referred to child protection teams, which included pediatricians, radiologists and social workers, because of injuries that could not be explained by clinical and radiologic findings in the patient. Injuries that raised a red flag for physical abuse included subdural hemorrhages from severe head injury, cerebral edema or brain swelling, retinal hemorrhages or abnormal bleeding in the eye, and certain specific fractures.

The researchers and child protection team concluded that 20 infants had been physically abused.

While the findings showed that whole-body MRI is currently "unsuitable" as a primary global skeletal imaging tool for suspected abuse, Perez-Rossello said it "may be useful as a supplement to the skeletal survey in selected cases, particularly with regard to soft-tissue injuries."