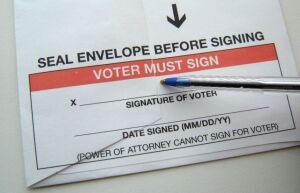 Officials anticiapte a
high turnout through
mail-in ballots.
The battle between two California unions continues as Kaiser Permanente employees began votingvia mail-in ballot earlier this week on which union should represent them.

The union election currently underway is the biggest in the private sector since 1941, when Ford Motor employees voted to unionize.

"The lawsuit appears to relate to the ongoing election dispute between NUHW and SEIU-UHW," Kaiser spokesman John Nelson told DOTmed News last month. "Kaiser Permanente is entirely neutral in this dispute between these two unions. We continue to respect both the terms of our labor agreements and the rights of our employees to choose whether they want to be represented by a union and which union will represent them."

SEIU expects to be the victorious union, spokesman Steve Trossman told DOTmed News last month. But an NUHW spokeswoman did not want to predict outcomes.