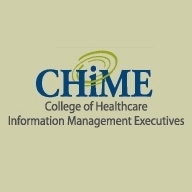 Hospital executives worry that an ongoing IT staff shortage could put the kibosh on aims to adopt electronic health care records in time to qualify for "meaningful use" incentives, according to a recent survey.

But it doesn't mean IT professionals should expect to be flooded with job offers, as many hospitals aren't looking to significantly increase their IT staffing budgets, the survey said.

The College of Healthcare Information Management Executives, a health care IT executive group, said Wednesday a survey of its member chief information officers found that more than half fear they lack the staff to properly implement EHRs. The biggest need is for workers trained to set up clinical records software, as around 70 percent say their organization doesn't have the manpower for it, according to the survey.

CHIME cited estimates showing the industry was short around 50,000 trained IT personnel.

"The survey's results underscore the fact that CIOs expect staffing shortages to affect their ability to implement these important clinical systems and help their organizations qualify to receive stimulus funding," Gary Barnes, a CIO for Medical Center Health System in Odessa, Texas and a CHIME board member, said in prepared remarks.

The survey, which was answered by 182 CHIME members, found that 51 percent of respondents "probably" and 10 percent "definitely", believe staff shortage will hurt their ability to get an EHR up-and-running in time to qualify for stimulus money. The impact would fall most heavily on smaller hospitals, the survey said.

Still, only about half of hospitals are planning on beefing up IT staffing budgets. The other half said they either weren't increasing the budget at all or by only 5 percent, the survey said.

When it comes to finding people to help implement EHR, only about one out of 10 respondents said they would work with a recruiter to find and place staff. More popular was looking for third-party consultants, the plan of about one-third of hospitals, or hiring internally or promoting current staff, the plan of about one-fifth of polled organizations.

And those that have staff are anxious about holding onto them. Around three-quarters said they were worried about retaining current IT staff, the survey said.