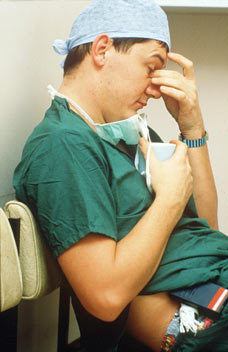 The survey also found disturbing numbers in certain specialties, including family medicine and internal medicine, which are in "critically short supply," according to the report. Ten out of 18 specialties have been found in short supply, up from seven last year. Among those are dermatology, emergency medicine, general surgery, neurology, orthopedics, psychiatry, urology and vascular surgery.

"The findings from this latest analysis clearly show how fragile access to care for patients is across the entire commonwealth," said Dr. Alice Coombs, president of the Massachusetts Medical Society, in prepared remarks.

While the Bay State's law that requires individuals to have health insurance has improved access to care, universal coverage can only be sustained if it has a strong physician workforce, Coombs said.

"There are many important lessons to be learned from Massachusetts' efforts to
expand health insurance to as many people as possible," said Dr. Atul Grover, chief advocacy officer for the Association of American Medical Colleges, in prepared remarks e-mailed to DOTmed News. "Now that the nation is finally taking the steps to follow [its] example, those lessons can be instructive
as the health care law is implemented. While the expansion of health insurance in the U.S. is long overdue, it also makes the shortage of physicians more obvious. Similar to what Massachusetts has experienced, the nation faces deficits in primary care and equal if not more severe shortages across a majority of specialties."

"A strong physician workforce is critical to delivering top quality and cost-effective care," said Coombs. "If physicians think that the viability of their practices is threatened or unsustainable under a new payment system, Massachusetts may encounter further problems with recruitment and retention. And that, certainly, will affect patient care."