'Superbug' on the rise in Chicago-area hospitals 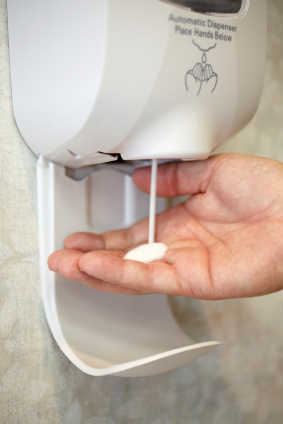 Deadly strains of bacteria resistant to most forms of antibiotics have been spreading around Chicagoland, according to a new report.

KPC, as it's known, is an enzyme that confers on bacteria the ability to evade a class of last-resort antibiotics doctors turn to when other treatments fail.

Researchers say it's often found on variants of Klebsiella pneumoniae, a common germ that lives in the intestines, on the skin and in the mouth, and can cause pneumonia, sepsis and urinary tract infections. But the genes causing KPC can show up on other species of germs, too.

And it's associated with high mortality: the researchers said one study indicated patients infected with KPC-producing germs were nearly three times as likely to die as those with KPC-negative bugs.

"[L]ike some Acinetobacter, it is only treatable with [antibiotics] colistin and tigecycline, which works...except when resistance evolves in the patient, which has been observed multiple times (this is alarming given the relatively few times this therapy has been used)," Science Blogs writer Mike the Mad Biologist wrote three years ago.

The first case was found in the eastern United States more than a decade ago, but it has been spreading worldwide. Last week, it caused an outbreak in Brazil, and it was linked to 163 infections and 15 deaths. And an article with the CMAJ said nearly 30 percent of laboratory samples from hospital patients in New York City now test positive for KPC germs.

In the Chicago study, researchers found around half of surveyed health facilities - 26 - reported identifying the KPC-producing germs in 2009. In 2010, it increased to 37 facilities, a growth of more than 40 percent. Plus, the average number of patients testing positive for the germs at each facility nearly tripled, from 3.8 to 10.2.

Although the absolute numbers of infections are low, KPC was first identified in Chicago only three years ago, the researchers said.

Long-term care facilities, like nursing homes, appear to be hit hardest. Three-quarters of the patients testing positive for the germs lived in a long-term care facility, according to the results, which were shared at the 48th annual meeting of the Infectious Diseases Society of America in Vancouver last week.

In response, the researchers recommended better coordination between long-term care facilities and hospitals when transferring patients.

"Since antibiotics are virtually ineffective against these bacteria, prevention is key," Dr. Mary Hayden, director of clinical microbiology and associate professor of infectious diseases and pathology at Rush University Medical Center, said in a statement.