To improve care, a nonprofit ensures the longevity of medical equipment 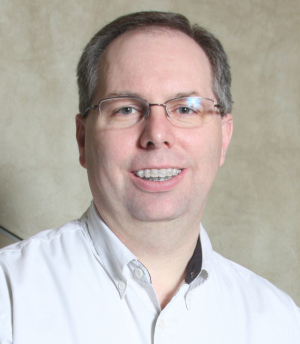 Although the hospital in El Salvador was small and strapped for resources, Tim Moss was glad to find a couple of incubators in seemingly perfect condition in its nursery. And yet, the life-saving devices hadn’t been used in years.

When Moss took a look at the incubators, he found blown fuses — a minor and easy to solve problem. “Babies were not making it because of a 25-cent fuse,” he says. “No one knew how to get a multimeter and simply just check the fuse.”

It’s no secret many health care providers across the world lack proper medical devices but equipment servicing is a lesser-known issue. It’s not just enough for a hospital to get its hands on a piece of technology – it needs to have knowledgeable staff to repair a system when it’s down.

The TriMedx Foundation, an Indianapolis, Ind.-based nonprofit organization, knows the importance of equipment maintenance. It works to not only deliver medical systems to facilities in need but also provides biomed training to local staff.

The foundation is the charitable arm of TriMedx, a clinical technology management services company. The foundation’s story began in 1999, when the company received a call from a small mission hospital in Milot, Haiti, asking for help with some high-tech equipment damaged during shipment from the United States. The company sent a team of technicians to repair the device and the experience became the launching point for the foundation as it stands today.

At that time, the company was looking for ways to advance one of its core values – “service of the poor.” It found the opportunity to do so through the foundation, which established its nonprofit status in 2004. The role of executive director was a perfect fit for Moss, who brought his biomed and management experience with TriMedx and his “co-career” as an ordained minister passionate about international service work, to the nonprofit.

“We quickly realized there’s a tremendous need in developing countries for working medical equipment and there’s very little support or people to repair equipment in those hospitals,” says Moss.

Since its inception, the TriMedx Foundation has completed more than 50 mission projects in 18 countries across the globe. At first, the nonprofit just sent equipment and servicing engineers to countries like Honduras, Haiti, Rwanda and Serbia. It then developed three- to five-year programs that enable U.S. biomed technicians to train local residents on servicing medical devices. “We really needed to go from giving a fish to teaching them to fish – to help hospitals have sustainable programs and help them with their equipment strategies,” Moss says.
1(current)
2

A point about how reimbursement impacts care

Come for the wine, stay for the cause