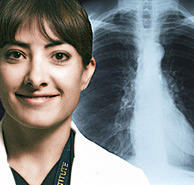 Earlier this month, PACS vendor Merge Healthcare reported financial results for what most analysts saw as a largely disappointing first quarter. The company posted a $1.8 million loss, and it said it was dividing its PACS and its clinic kiosk businesses into separate operating groups. After the financials were released, its stocks tumbled almost 40 percent.

But coupled with the fiscal news, the Chicago-based company also revealed a new strategy: it plans to shift much of its PACS sales away from a traditional licensing model -- where a hospital, in effect, buys the rights to software indefinitely -- and instead move towards a subscription model, where hospitals would make no upfront purchases and instead pay on a per-exam basis.

The reason for the change lies mostly with hospitals' shrinking capital budgets, Steven Tolle, vice president of solutions management with Merge, explained to DOTmed News during a recent interview.

"It's really a reaction to hospitals' economic realities," Tolle said. "They just don't have the capital budgets left."

The capital budget squeeze is well known. A study by the GPO Premier found one-third of member hospitals who answered an online survey said they had less to spend this year than last.

Also, it's not just that budgets are lower, but that the priorities are different. Many hospitals are investing a big chunk of their capital budgets to implement electronic medical records in advance of federal meaningful use incentives and penalties which take effect over the next few years, Tolle said.

These EMRs are expensive. For a hospital or health system, an enterprise-wide EMR could cost between $50 million and $200 million. But Tolle said most hospitals wouldn't see a return on investment either from efficiency gains or reimbursements from the government for at least a few years.

As a result, many of these hospitals can't afford the hefty upfront costs of a PACS as the "reset cycle" closes, the time when they have to buy a replacement system, which usually comes about once every 5 years when they upgrade their hardware, or earlier if there has been an acquisition or merger, Tolle said.

Here's where a subscription model comes in. In this "pay-as-you-go" scheme, a hospital would pay a certain amount per study with a commitment to a minimum amount of studies per year.

Under most contracts, Tolle said, the hospital would pay a fee on the studies it has done at the end of every quarter. If at year-end the hospital exceeds its minimum commitment -- which can be anywhere from 50,000 exams a year to 1 million, depending on the institution's size -- it has to pay the difference.
1(current)
2
3