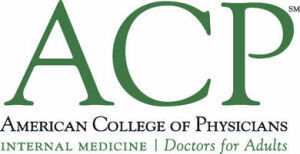 Laws that force doctors to inform women about their breast density after a mammogram and that require women to undergo an ultrasound scan before an abortion are examples of legislation that might "inappropriately infringe" on patient-physician relationships, a leading medical society said on Wednesday.

In a position paper, the American College of Physicians noted that some local and federal government laws could violate what it said are its core principles. The group criticized proposed, and current, legislation that forbids doctors from discussing certain health risks with their patients, limits disclosures, and requires tests or interventions that aren't clinically relevant or are not backed by strong evidence.

"The physician's first and primary duty is to put the patient first," the ACP said in the statement, written by Jack Ginsburg and Lois Snyder, with feedback from the ACP's policy and ethics committees.

Among the laws cited by the ACP for their dubiousness are a proposed bill in Alaska, SB 172, that would allow patients or their families to override a doctor's do-not-resuscitate order and require physicians to perform cardiopulmonary resuscitation, even in situations the doctor deems hopeless. The ACP says this conflicts with the medical evidence and goes against the society's own ethical policy, which says a doctor doesn't have to resuscitate if doing so can't "conceivably restore circulation and breathing, but he or she should help the family to understand and accept this reality."

Similarly, the group appeared to be concerned by breast density legislation, which has passed in Connecticut, Texas, Virginia and New York. Generally, these laws require radiologists to tell women that they have dense breasts after a mammogram and suggest that they undergo additional screening. However, the ACP cited the worries of California Gov. Jerry Brown, who vetoed a similar law last year. "If the state must mandate a notice about breast density -- and I am not certain it should -- such a notice must be more carefully crafted, with words that educate more than they prescribe," he said.

The ACP represents about 133,000 internists, med students, residents and fellows.