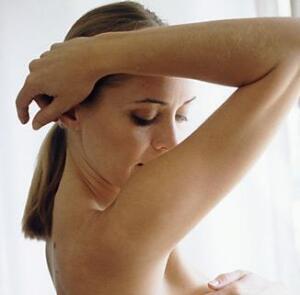 "This is not falling off a cliff, but nevertheless it's a very clear drop in the utilization for screening mammography," Dr. David Levin, a radiologist with Thomas Jefferson University in Philadelphia, told reporters at a conference Tuesday.

In November 2009, the USPSTF bucked established guidelines and recommended against routine screening for women in their 40s, advised screening to stop after age 74, and suggested screening to happen every two years instead of annually. The results drew widespread criticism from radiology societies, with the debate spilling over to the mainstream press.

And it's already been suggested it might have had some effect on screening rates. A Mayo Clinic study of women enrolled in nearly 100 commercial health plans, which was shared at ASCO in September, found that women aged 40 to 49 experienced a 5.7 percent decline in screening mammography rates in 2010, Levin said.

To see whether the guidelines had an effect on screening rates in generally older (aged 65 and up) women who qualify for Medicare, Levin and his colleagues pulled data from a Medicare database, called the Medicare Part B Physician/Supplier Procedure Summary Master File, for the years 2005 to 2010. This database covers about 17 million women in the Medicare population, Levin said.

But in 2010, the first full year after the USPSTF guidelines were issued, things changed. Screening rates fell to just under 310 scans per 1,000 beneficiaries, a decline of 4.3 percent, he said.

The study, of course, only shows correlation, not causation, and Levin said the researchers couldn't say for sure what caused the 2010 dip in screening rates. He said even if screening rates were affected by the USPSTF recommendations, it's not clear if it was caused by women over age 74 skipping tests or whether women were extending their screening interval from one to two years, as recommended by the task force.

"It remains to be seen whether this trend will continue and whether it will affect breast cancer mortality," Levin said.