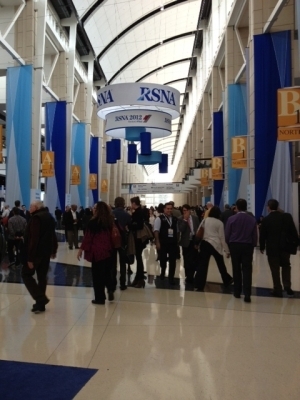 The Radiological Society of North America's 2012 annual meeting in Chicago last week was a "low-key" show that wrapped up "another slow year for technology innovation in medical imaging," according to an event post-mortem by a Frost & Sullivan analyst.

On the imaging informatics front, Daher said vendors are pushing third-generation PACS offerings that support "enterprise imaging." In this, many developers are switching the emphasis from productivity tools to business intelligence and analytics dashboards that allow better monitoring, control and communication.
1(current)
2