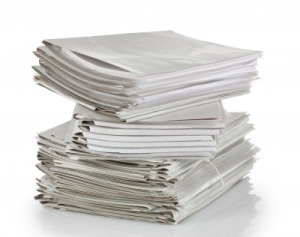 The U.S. Food and Drug Administration announced new draft guidance for companies working on developing drugs for Alzheimer's disease, particularly treatment that will help patients in the early stage of Alzheimer's.

The FDA is giving the public until the end of April to comment on the draft.

While the guidance does not specifically address the use of amyloid imaging agents, which can detect brain plaques characteristic of Alzheimer's disease in living patients, it does state that the agency supports the use of newly published guidelines that provide research criteria for identifying patients with early symptoms of Alzheimer's.

"Some of these criteria (though not all) include measures of amyloid, including amyloid imaging," Lisa Kubaska, an FDA spokesperson, told DOTmed News by e-mail.

The FDA wants to concentrate on treating patients at the early stages of the disease because they believe this will benefit patients most since the idea is to prevent the disease before it develops into overt dementia. The draft also includes the FDA's current thinking about how researchers can identify patients with early signs and symptoms of the disease for participation in clinical trials. According to a statement from the FDA, they acknowledge that in recent years, the research community has done this using biomarker criteria, amyloid imaging being just one of many candidates for biomarkers.

However, Kubaska said that the draft guidance clearly states that, at this time, an effect on biomarkers alone would not support approval for drug development.

The FDA does acknowledge that assessing improvement in cognitive function with patients who present early symptoms of the disease might be difficult because these patients have little-to-no impairment of global functioning.

"This can make it difficult to determine if a given treatment's effect is clinically important," said the FDA statement.