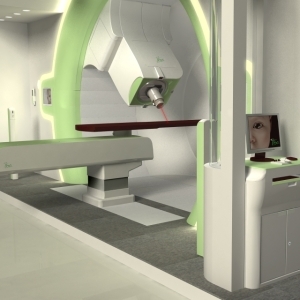 The report, released today at the National Proton conference in Washington, D.C., surveyed 2,000 patients who were treated for prostate cancer with proton therapy from 1991 to 2010. When asked if they made the best treatment decision for themselves by choosing proton therapy, 99 percent of surveyed men said they had.

"The data represent the kind of patient-based outcomes analysis that is highly valued by clinicians and is needed to inform decisions about treatment options," said Leonard Arzt, executive director of NAPT. "Meaningful data like this have been missing in prior research on proton therapy. The study is highly unusual in that it includes results from approximately one-fifth of all men receiving proton therapy for their cancer treatment."

Proton therapy, which is capable of delivering high doses of radiation to the targeted area non-invasively, is used often for treating prostate cancer because it has the ability to spare healthy tissue nearby and minimize side effects like incontinence and impotence. Medicare even reimburses proton therapy for prostate cancer treatment.

The survey also found that 92 percent of respondents reported that physical health or emotional problems did not interfere, or interfered very little, with their social activities, and that their urinary, bowel, and hormonal Health Related Quality of Life (HRQOL) measures compared to healthy individuals.

The Brotherhood of the Balloon, a group of about 6,400 men who received proton therapy, conducted the survey. They used a standard prostate cancer reporting tool called the Extended Prostate Cancer Index Composite (EPIC), and examined satisfaction with care, quality of life, emotional and physical health limitations; and urinary, sexual, bladder, and bowel functioning.