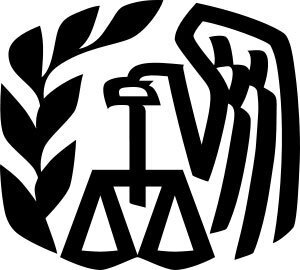 The controversial 2.3 percent excise tax on medical device sales has already been in effect for a few months, but it's still causing confusion among manufacturers, a lobbyist group said.

In comments sent to the Internal Revenue Service last week, AdvaMed, a trade group, said they still lacked "clarity" on some issues, such as whether repaired or refurbished equipment were truly exempt from the tax. The group also wants to make sure that devices donated to doctors traveling on medical missions or providing disaster relief aren't taxed.

AdvaMed's letter comes at the close of the comment period for the IRS' final rules on the tax, which the agency released along with guidance for manufacturers in early December only a few weeks before the tax took effect on Jan. 1.

"It's a very challenging environment," Chris White, AdvaMed's general counsel and executive vice president, told DOTmed News. "To implement this tax has been extremely burdensome to our companies."

Although federal attorneys had previously indicated in talks with IAMERS, a trade group for imaging equipment resellers, that most refurbished equipment would not be subject to the tax, AdvaMed said the status of repaired, modified or refurbished devices is still ultimately murky because of the legal history of excise taxes.

"Legally the interpretation of the medical device excise tax relies not just on specific guidance, but also all of those earlier decades of tax court decisions and other regulations in the excise tax area," White said. "Upon reflection and review of that body of precedent, it was our view that there wasn't sufficient clarity on how refurbishment and repairing would be treated under the law."

Because of that, the group is asking the IRS to do one of two things. Under one proposal, the IRS would spell out that the tax would only apply to new components separately listed with the Food and Drug Administration. (The tax itself only applies to medical devices listed with the FDA.)

White indicated this would most likely apply to capital equipment. Although he wouldn't name a specific category it would apply to, he said there could be a "component or element that needs to be repaired or refurbished, and to the extent that component is replaced and itself qualifies as a separately listed medical device, the tax would apply to the value of that component."

"This is a fair resolution. It avoids double taxation," he added.

The second solution would be what AdvaMed calls a "bright line safe harbor". In this proposal, the group wants the IRS to not tax repairs or modifications that represent less than, say, 75 percent of the value of the device. AdvaMed said there's precedent for such exemptions in truck remanufacturing, where truck and tractor bodies are also subject to a first-sale excise tax.

AdvaMed is also asking the IRS not to tax devices donated to doctors going on medical missions or disaster relief trips. White said in the IRS guidance for charitable exemptions, only specified entities — largely tax-exempt organizations, such as non-profits — appear to be eligible for the exemption, not private individuals.

"However, it's a bona fide charitable purpose," White said. "A company shouldn't be taxed for providing (a device) for a hurricane site or disaster area."

Device manufacturers had other requests, too. They're asking the IRS to reduce their paperwork burden by allowing those buying equipment for export or remanufacture to estimate total quarterly orders rather than provide information for each article. And they also want equipment loaned or given to doctors merely for demonstrations, and not for patient use, not to be subject to the tax.

White said they had no timeline on when they expect a response from the IRS.