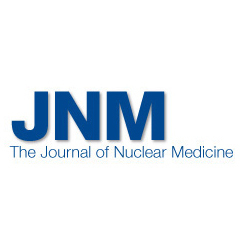 PET/CT may be able to detect serious inflammatory bowel diseases better than traditional techniques, according to a new study in the Journal of Nuclear Medicine. The non-invasive technique effectively found lesions along the intestinal walls that other methods can miss.

In the study, 18 F-FDG PET/CT was used to measure IBD activity in mice. Those results were compared retrospectively with PET/CT scans conducted in patients with Crohn's disease, one of the more serious intestinal diseases along with ulcerative colitis. It is estimated that Crohn’s disease may affect as many as 700,000 Americans, and ulcerative colitis an additional 700,000.

Researchers first induced dextran sodium sulfate (DSS) colitis in mice and took note of the FDG uptake in different sections. DSS causes an inflammatory response that includes an infiltration of activated leukocytes into the colonic wall. In a PET scan, activated leukocytes show an accumulation of 18 F-FDG. Results showed that uptake was most substantial in the medial and distal colon.

Researchers then compared results against PET/CT scans on people with Crohn's disease to determine colonic inflammatory activity. Increases in FDG in the animal studies matched up with the severity of the disease's characteristic endoscopic mucosal lesions in the human patients.

The scans also found disease activity in the subepithelial part of the colon, an area beneath its surface that colonoscopy does not investigate.

"We could detect some areas of the colon by the PET examination, showing some inflammatory activity, but when we looked at the findings of the colonoscopy we could not find any inflammation," said study author Dominik Bettenworth to DOTmed News. "You could hypothesize it's possible to really assess the whole colonic wall and not just the surface with PET/CT."

Bettenworth said PET/CT holds promise as an additional screening method for inflammatory bowel diseases like Crohn's, such as whether the disease is in complete remission.