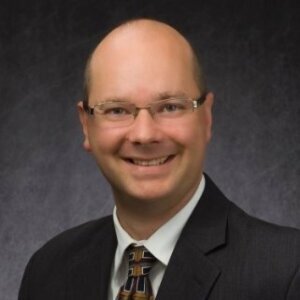 David Gilmore
As PET/MR becomes an increasingly popular modality, some stakeholders want to take a proactive approach in establishing a solid foundation for technologists within the discipline.

The Society of Nuclear Medicine Technologist Section (SNMMI-TS) and the Section for Magnetic Resonance Technologists (SMRT) recently announced the formation of a task force, which they hope will help the field prepare for these coming changes. They have also developed a consensus paper for technologists with recommendations concerning education, certification and staffing requirements for hybrid imaging.

"We really wanted to be proactive in saying here are all challenges that go along with PET and MR, and so how are we going to qualify individuals to do these," David Gilmore, one of the paper's authors and chair of the SNMMI-TS/SMRT Task Force, told DOTmed News.

Gilmore is a strong believer in embracing hybrid imaging as the future of nuclear medicine.

"We see nuclear medicine volumes dropping yet we see spikes in sales for hybrid imaging. So we have to educate a different group of individuals," said Gilmore.

One large part of that education entails MR safety. MR scanners use powerful magnets, making the rooms they inhabit a dangerous place for anything containing metal. In fact, Gilmore said MR is so complex that it's now considered a primary entry modality where technicians train for it from the get-go, instead of cross training into it.

Although Gilmore admits that PET/MR will never grow as fast as PET/CT — mainly because of the space and cost issues — people are beginning to see that there are some clinical applications to PET/MR (for the most part, PET/MR has been used in the research space). Gilmore was encouraged by the uptick in sales reported at the recent Society of Nuclear Medicine and Molecular Imaging (SNMMI) meeting in Vancouver.

"With [its] no-radiation component and the fact that doctors understand MR and know what they can get from it, for particular diseases, I think there's a lot of value," said Gilmore.

As for the ultimate goal for the future of the field, the task force stated in the paper that they would like a PET/MR technologist sufficiently trained in both modalities. But until that point, they suggest that a hybrid approach is acceptable during the transition where a certified PET technologist and a certified MR technologist are present, as long as both have training in radiation safety and MR imaging safety.