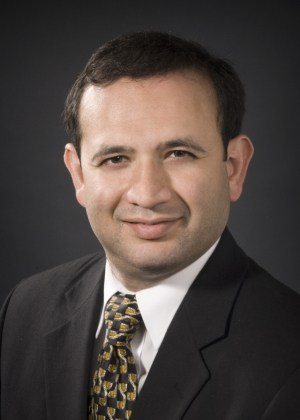 Imagine suffering seizures once or twice a week, being unable to drive, and having very limited independence — this is a way of life for hundreds of thousands of people suffering from epilepsy in the U.S. who don’t respond to medication.

Dana Lockwood, 24, is one of those patients. “Even heavily medicated, I very occasionally suffered from full body convulsions where I lost consciousness. It was very disruptive to my life and made it hard for me to be independent,” he said.

But now, thanks to a cutting-edge minimally invasive MRI-guided laser treatment, Lockwood has been seizure-free and will have an opportunity to pursue his dream of studying abroad in Japan and teaching English.

Lockwood’s options began to open up last year when he found out that his seizures were caused by hypothalamic hamartoma, a rare benign brain tumor or lesion of the hypothalamus located deep in the brain.

Until recently, treatment options for these tumors were limited. The traditional method of treatment is craniotomy, a surgery that opens up the skull to remove the brain lesion. But this procedure demands a great deal of downtime from patients —about a month —and an additional three months to get back up to full speed.

Doctors have long lamented that though a significant number of epilepsy patients are candidates for surgery, only a tiny fraction of them opt for it each year. “In total, seven or eight thousand surgical procedures are performed every year when you’ve got a million who need treatment,” says Dr. Angus Wilfong, medical director, Comprehensive Epilepsy Program, Texas Children’s Hospital.

“People say, look I have a busy life and I have kids and I can’t have downtime for a month like this,” says Dr. Ashesh Mehta, director of epilepsy surgery at North Shore- LIJ Health System.

While untreated epilepsy may significantly reduce quality of life for sufferers, there’s also a cost to society as a whole: between health care costs and lost wages, epilepsy costs the U.S. an estimated $17.6 billion every year.

Pros and Cons
Though preliminary figures tracking patients show the minimally invasive treatment to be slightly less effective than traditional craniotomy (with a 60 percent seizure-free rate compared to 70 to 80 percent), it may bring in a new subset of patients who would have otherwise opted to continue on without surgical treatment. And as surgeons continue to adjust to the learning curve around this new surgical technique, that rate of effectiveness may also go up.

Lockwood himself had already ruled out craniotomy as a treatment option and was looking into another noninvasive procedure that had already been around for some time, the gamma knife, which uses gamma radiation to kill abnormal tissue.
1(current)
2
3