Are you ready for $50 per liter helium? If not, call or write your congressman 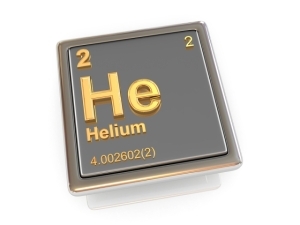 Hopefully you're following the probable shutdown of the Bureau of Land Management's helium facility, which would take 30 percent of the world's helium supply out of circulation.

If the shutdown happens, I predict helium will go up to at least $50 a liter. If you care about U.S. jobs, or if you operate an MRI, this should be on your radar screen.

In the late 1920s, the U.S. started to stockpile helium. Originally, it was used for military purposes, but over time, it moved into other industries like health care.

Since maintaining all that helium was expensive, taxpayers covered the cost. Some smart guy in Washington decided it would be a good idea for the government to pay back the taxpayers. But once the taxpayers were paid back, maintaining helium reserves was no longer important.

By October of this year, the taxpayers will have been paid back and the government is planning to close the door and walk away from the helium production facility.

This whole problem is exacerbated because Exxon Mobil is shutting down its helium production plant for 30-60 days for routine maintenance. So it's going to be a perfect storm of high demand and low supply.

Obviously this is bad. It's bad for the country, for manufacturing, and it will cost us jobs and lead employers to manufacture outside of the U.S. where helium is less expensive.

It's also bad for health care and anyone who operates an MRI. There's a whole generation of MRI scanners out there that use a thousand liters of helium every year, and the helium just won't be there.

Like everything else it's going to have to be imported at a great cost. And it's my prediction that helium prices go to at least $50 a liter if something isn't done.

At a minimum, it would be easy for the government to extend the current operation for at least a year to try to privatize helium production. If they just close the door and walk away, then the systems that maintain the helium reserves wouldn't be monitored and helium would just evaporate into the atmosphere.

It's normal for people to agree that something should be done and then not do anything, but if you're in the health care or industry, now is the time to write to your representative in Washington and let them know that you think this is an important issue.

We've covered this subject extensively in our news, but I never believed our elected representatives would come so close to falling asleep at the switch. Unfortunately, it looks like that is what's going to happen.

Watch for full coverage of this issue in our online news next month when Congress returns from recess and things heat up. We'll also be writing about it in our October magazine issue.