Why medical providers are leaving their EMR vendors 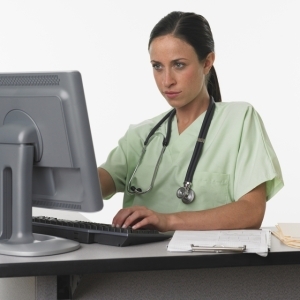 The times they are a-changin', at least when it comes to EMRs. Seventeen percent of medical providers are making plans to change their EMR vendor this year, and 37 percent are considering changing in the future, according to a recent survey conducted by EMR company Practice Fusion.

Changing technologies and the push from Meaningful Use are both driving providers to make the switch.

"I think there are a lot of doctors who were early adopters, and who are suffering the consequence of having moved quickly and purchased a system that was expensive or slow-moving," Emily Peters, vice president of communications and marketing at Practice Fusion, told DOTmed News.

Like cell phones and computers, early EMR systems were bulky and expensive. Thanks to government initiatives like Meaningful Use, EMR technology has advanced rapidly. Today, customers are looking for cloud-based options that can adapt to changing requirements at a lower price point.

"Doctors are starting to look at how they can find a system that will evolve with them, without nickel and diming them," said Peters. In the survey, 84 percent of providers said vendor viability is a "must have."

For Practice Fusion, a quarter of its new users came to the company from an existing EMR. "It's the highest it's ever been," said Peters.

The survey found that the most users were switching from the large EMR vendor AllScripts to another vendor. Peters said that switch is due in part to the company's discontinuation of its EMR MyWay, which was largely used by smaller ambulatory practices.

Practices also now have more options. Around 750 EMR companies have started up in the last two years, more than doubling the marketplace.

"There were 50-plus U.S. brand name automakers in the U.S. at the end of WWII, and now there are barely a handful," said Micky Tripathi, president and CEO of the Massachusetts eHealth Collaborative. "We're seeing some of that same trend in the EHR industry as some of the smaller fly-by-night vendors are failing and their customers have to seek other solutions."

Parker and Tripathi both predict that more providers will make a switch to a comprehensive EMR as they work to meet Meaningful Use Stage 2, which will begin to take effect in 2014.

"There's really only a very small group of vendors who have been certified already," said Peters. "I think stage two is going to be very interesting."