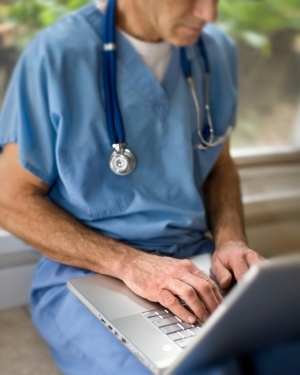 Do you write online reviews of your doctors, the same way you might for a hotel or restaurant? If you do, your voice is probably being heard. A survey of doctors signed up on ZocDoc, a medical appointment scheduling and review website, found that 85 percent seek out reviews of how they're doing, and 36 percent look to see how their competitors are doing, too.

And even if patients complain about long wait times or cranky bedside manner, the majority of doctors surveyed said their reviews were "very fair" or "fair." Only 15 percent said they were "not fair."

"That personally surprised me," Blair Baumwell, senior PR officer at ZocDoc, told DOTmed News. "You hear so much about how doctors are apprehensive about online reviews, that they're scared a negative review will hurt their practice. But we found that one or two negative reviews don't really hurt a physician."

Blair said business only hurts if reviews are overwhelmingly negative, which rarely happens, at least for doctors on ZocDoc. The doctors, who include primary care physicians, dentists, cardiologists and more, also reported checking online review sites like Angie's List and Healthgrades.

While some doctors just take a glance at reviews, Blair said others will use them to their advantage, posting favorable comments on their website or even taking a look at criticisms and trying to make a change.

Doctors are also looking to connect with patients via Facebook, LinkedIn and other social networking sites. Facebook leads the pack, with 53 percent of ZocDoc practitioners reporting that they have their own page.

Unsurprisingly, the survey found that doctors aged 26 to 55 were 22 times more likely to use social media than those ages 55 to 70. But Baumwell said she hears from older doctors who are getting into it too, or least getting some help from a younger person in the office. She also noted that ZocDoc physicians are overall a more tech-savvy group, since they signed up with the site to begin with.

"Patients really are going online to get info about their health care, and doctors are taking notice of it," said Baumwell. "That's important because if they don't, they'll get left behind and miss out on a great way to engage with patients and each other, and share information. They are thought leaders who are seeing medicine first hand, and it's great to see them getting online and sharing wisdom."