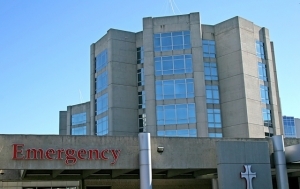 Although overall health spending remained low in 2012, some areas offset the slower pace. These included hospital spending and physician and clinical services, according to a new analysis from the Office of the Actuary at the Centers for Medicare and Medicaid Services, released Monday in the January 2014 issue of the journal Health Affairs.

The U.S. spent 2.8 trillion in 2012 on health care according to the analysis, and growth remained low, at 3.7 percent, for the fourth consecutive year. Total health care spending in 2012 also grew more slowly than did the gross domestic product (GDP). But according tomAnne B. Martin, an economist in the Office of the Actuary at CMS and lead author of the Health Affairs article, faster growth among some services was partially offset by slower growth in other areas.

Areas where spending growth accelerated in 2012, compared with 2011, include hospital spending where the growth rate was 4.9 percent, and physician and clinical services with a growth rate of 4.6 percent. Non-price factors, which include the use and intensity of services, also grew in both of these areas compared to 2011.