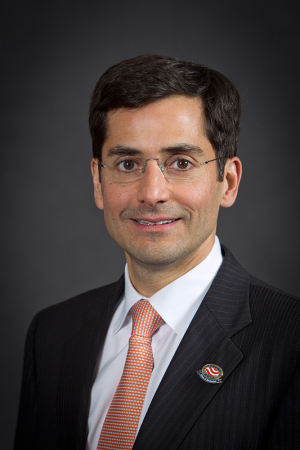 Dr. Ezequiel Silva III
of the University of Texas
Health Science Center
Radiology took a huge hit when the Centers for Medicare and Medicaid Services released the final rule for the 2014 Medicare Physician Fee Schedule and Hospital Outpatient Prospective Payment System before the New Year.

Not only will CMS be paying hospitals significantly less this year than last, but a newly realized fear is that patients will have less access to breast cancer screening and diagnosis.

"The greatest concern that I have is reductions in access to care and the reductions that we're seeing for the breast biopsy codes," Dr. Ezequiel Silva III from the University of Texas Health Science Center told DOTmed News.

Silva wrote about his concerns in the January edition of the Journal of the American College of Radiology.

In the late 1980s and early 1990s the resource-based relative value scale was created, which required every procedure code to be reviewed every five years. In mid-2000 there was criticism revolving around whether or not the Relative Value Update Committee was doing a good job at identifying services that might be "potentially misvalued."

To mitigate this issue, the committee formed the Five-Year Review Identification Workgroup to identify those misvalued services and hold the people in charge accountable. Later on when the Affordable Care Act passed in March 2010, it added to this climate of identifying misvalued services but took it to a new level.

Silva said the answer to why the cuts to radiology are so dramatic can be found in its coding and payment structure.

"The component coding system that radiology uses to report its services — whereby it's very granular, very detailed — allows a very heterogeneous mix of services to be reported with the limited number of codes," said Silva.

Silva said he is concerned that these cuts will cause women to skip the proper breast cancer services they need. In his recent JACR article titled "CMS Cuts Expand to Breast Imaging," he outlined three budget-neutral actions that Congress could take to protect breast care for women in the U.S.
1(current)
2