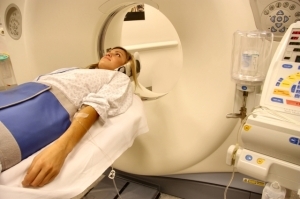 A new market research report finds that the number of procedures performed with CT has dropped in the U.S.

CT use has declined at an average annual rate of 5.5 percent over the past two years — a sharp contrast to the previous decade, according to IMV Medical Information Division.

She attributes the decline to reimbursement cuts and the changing payment structure for certain CT studies, as well as CT studies with or without contrast.

On Friday, the industry lobby, MITA, said that the findings reaffirm that utilization of advanced medical imaging services is declining and should discourage additional Medicare reimbursement cuts.

“Further across-the-board reimbursement cuts to medical imaging services at a time when utilization is clearly on the decline would only contribute to the many access barriers that millions of patients in need of care currently face,” said Gail Rodriguez, executive director of MITA.

IMV gathered responses from 424 CT administrators across the country and sent them out to 8,510 hospitals and stand-alone imaging centers with fixed CT scanners.

According to the report, stand-alone imaging centers are more likely than hospitals to see their CT revenue decline in 2013 due to reimbursement cuts.

IMV projects that the majority of CT units in use today are positioned for replacement, with most scanners averaging 8.9 years — the typical age for upgrade. In fact, 84 percent of planned CT purchases were replacement units. However, IMV also found that the proportion of sites that want to purchase CT scanners in the next three years has declined slightly from 55 percent to 51 percent.

With concern over radiation ever-present, two-thirds of facilities planning CT purchases indicated that they want to buy CT scanners with 64 or more slices. The improved image quality, speed, and radiation dose reduction capabilities of these scanners are appealing to purchasers, according to IMV.