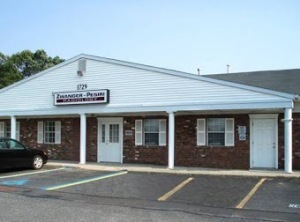 He suffered serious physical injury, including a cerebral vascular bleed and had a stroke two days later. He was immediately taken to the Brookhaven Hospital, then was transported to Stony Brook Hospital, St. Charles Hospital and finally the Northport Veteran's Hospital. Two months later, Mahony died.

Although legal action regarding the incident dates back to 2009, the case didn't go to trial until this week. The opening statements have already been conducted and the testimony will resume on Thursday in Riverhead, N.Y.

According to court papers, Mahony's son filed an action claiming negligence and medical malpractice against Zwanger-Pesiri Radiology and letters of administration were granted to him on May 26, 2010 by the Surrogate's Court in Suffolk County.

Zwanger-Pesiri Radiology refuted the claims that they were the cause of Mahony's death. They argued that Mahony had multiple risk factors for a stroke and the type of stroke he suffered was caused by a blood clot, not trauma from a fall. Several doctors and experts on the defendant's side who examined Mahony's medical records also supported this claim.

But one doctor on the plaintiff's side stated that when head trauma occurs it can cause a blood clot to form in and around the brain and that stroke may occur in patients when trauma leads to subarachnoid bleeding and when there is direct trauma to a vessel within the brain.

One of the defendant's experts even said that trauma can cause a direct injury to a vessel within the brain and that a traumatic injury can cause a stroke in patients but that he didn't see evidence of that in this case.

The other question in dispute was whether Mahony was asked to wait to enter the room or not. The son, who escorted Mahony to the center, said that they were not asked to wait or informed that the walker would be a safety issue.

The MRI technician testified that she asked Mahony if he had a hearing aid or other metal and also to wait so she can go into the room to prepare for the exam.

On Dec. 28, 2012, the judge made the decision to dismiss the motion for summary judgment on the basis that the stroke was not related to the fall. But about a year later, the judge changed his mind and decided that it should not have been dismissed.

"The court ruled that it was a question of fact as to whether or not the stroke was related to the patient's fall," Edmond Chakmakian, the attorney representing Daniel Mahony, told DOTmed News. "It's for a jury to decide."

Chakmakian said the trial is examining every aspect of the incident.

"Everything is being disputed — liability and the causal relationship between the fall, and the resultant stroke and death," he said.

Even though Mahony's son filed an action within months of his father's death, it took about four years to finally go to trial. "It takes a long time to come up for trial," said Chakmakian. "The wheels of justice grind slowly, they say."