The father of classic dermatology 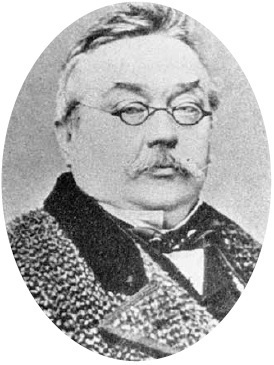 From the August 2014 issue of HealthCare Business News magazine
As the first physician to apply scientific classifications to skin diseases by dividing them into distinct categories, Ferdinand Ritter von Hebra is considered to be the father of classic dermatology. But here’s a lesser known fact — he almost didn’t make it out of medical school alive.

While Hebra was a medical student at the University of Vienna in the 1840s, he was found guilty of grave robbing a corpse for dissection purposes and sentenced to death. But the harsh punishment for the bright and promising student was soon commuted. Instead, Hebra was ordered to wear a cord around his neck to remind him of his crime for the rest of his life. Once he escaped death by hanging, Hebra completed his medical degree and went on to work at Vienna General Hospital.

Hebra was assigned to the department of the diseases of the chest, which was connected to a ward for skin conditions. At the time, there was no unit dedicated to dermatology in Vienna. If patients presented with a skin disease, they were isolated in the “rash room.” At the urging of one of his mentors, Hebra dedicated himself to studying skin diseases. He reviewed all of the available literature and unlike other young physicians, embraced working with patients suffering from serious skin diseases. He soon took over the ward and eventually established a dermatology department at the hospital.

Hebra’s contemporaries still based their treatments on humoral medicine, a now discredited theory that posits all issues in the human body stem from the excess or deficiency of distinct bodily fluids. But Hebra reasoned that skin diseases were related to local irritations on the surface of the body, not fluids. “The objective symptoms are the letters which are written onto the skin by the disease; it remains our task to decipher the writings,” wrote Hebra, in a statement that put him well ahead of his time.

His extensive work on scabies helped to convince many skeptical colleagues. Through numerous experiments, Hebra successfully demonstrated that the mite is the only cause of scabies, proving that external irritations could be responsible for skin diseases. Hebra went on to identify and describe several dermatological conditions, many of which have been named after him. Today, dermatologists may diagnose patients with Hebra’s prurigo or Hebra’s eczema marginatum.

In addition to being a brilliant clinician, Hebra was also an engaging educator. Students from all over the world traveled to Vienna to study under him. He was also one of the key founders of the Vienna School of Dermatology, a group of prominent physicians who led the development of dermatology in the second half of the nineteenth century. In 1879, he was named president of the Vienna College of Physicians and elected as a member of the Imperial Academy of Sciences.

Hebra’s first published book, “The Textbook of Skin Diseases,” was widely popular and translated into English, French, Italian, and Russian. He also produced “The Atlas of Skin Disease,” a text that is considered to be one of the most influential dermatological books of all time. The book covered two decades worth of Hebra’s work in dermatology and included illustrations by two prominent Austrian medical illustrators. Hebra had a busy and fruitful professional life, but he also found the time to have a family. He married Johanna Edle in 1846, and had seven children. One of his sons even followed in his footsteps, becoming a professor of dermatology.

Hebra died at the age of 63 on August 5, 1880 in Vienna. In the early 1900s, Austria issued a stamp to honor the father of classic dermatology and his contributions to medicine.