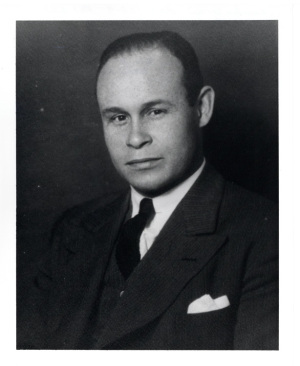 Drew was born in Washington, D.C. on June 3, 1904. He had a middle-class upbringing as the oldest son of a carpet layer and a teacher. In school, he excelled at sports, first in swimming, and later in baseball and football. His athletic prowess won him a scholarship to Amherst College, but he had hopes of pursuing a career outside of sports. He wanted to become a doctor.

When he graduated from Amherst, he didn’t have the money to attend medical school, so he spent two years as a biology instructor and a coach for Morgan State University in Baltimore. In 1928, he enrolled at McGill University in Montreal to pursue his dream.

At the University, he was a member of a medical honor society, received a prize in neuroanatomy and graduated second in his class in 1933, earning a Doctor of Medicine and a Master of Surgery degree. Post-medical school, he did his residency at the Montreal General Hospital where he researched blood transfusions under Dr. John Beattie.

Drew returned to the States when his father passed in 1935 and became an instructor at Howard University’s medical school. In 1936, he did a surgery residence at Freedmen’s Hospital in Washington, D.C. By 1938, furthering his medical pursuits wasn’t a financial issue as he was awarded a Rockefeller Fellowship to study at Columbia University and train at New York City’s Presbyterian Hospital. He continued to study blood at Presbyterian and ultimately created a way to process and preserve blood plasma. He wrote a doctorate thesis called, “Banked Blood,” and received his doctorate in 1940, becoming the first African American to earn that degree from Columbia.

His research regarding blood would prove invaluable almost immediately as he was tapped to lead “Blood for Britain” which was created to provide blood to those wounded in World War II. He managed plasma collection and processing stateside and then shipped the plasma to Britain. It’s reported that he was able to collect and send nearly 14,500 pints of plasma.

By 1941, Drew was back at Howard University as a professor and the head of the department of surgery. He also went on to become the chief surgeon at Freedman’s Hospital and was named examiner for the American Board of Surgery – the first African American to receive this honor.

On April 1, 1950, Drew and three colleagues were driving to a medical conference in Alabama when the vehicle crashed. While all the passengers survived with minor injuries, Drew who was driving, died at the age of 45, leaving behind his wife Minnie and four children.

Looking back, it’s astonishing how much Drew accomplished in the face of adversity and in such a lifetime. There’s no telling how much larger a debt of gratitude the world would have owed him if his career wasn’t cut so tragically short.