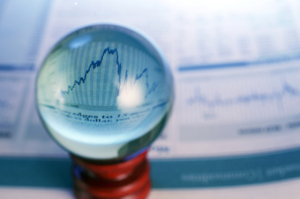 Medtech industry to top
half a trillion dollars
by 2020
The report, "EvaluateMedTech World Preview 2014, Outlook to 2020," was released this week at the AdvaMed 2014 conference in Chicago. Evaluate Ltd. based their analysis on in-depth forecast models for the top 200 global medtech companies available within EvaluateMedTech, and say their report offers the only current consensus view from equity analysts on the market.

The short of the long is that global medtech sales, at an average growth rate of 5 percent per year, are expected to reach $514 billion by 2020. Although Johnson & Johnson remains the clear market leader today, with medtech sales of $32.8 billion, megamergers are reorganizing the industry headliners.

In fact, mergers and acquisitions sales in the first half of 2014 alone skyrocketed 363 percent compared to the same period in 2013. Interestingly, this year's numbers represent a 10 percent overall decrease in total sales, but sales with much higher price tags.

If the deal between Medtronic and Covidien goes through at the projected sale of $42.9 billion, that merger will represent the single biggest merger in medtech history and the new Medtronic would officially dethrone Johnson & Johnson as number one. Another big merger between orthopedic powerhouses Zimmer and Biomet could yield another $13.4 billion in M&A.

The report also predicts a spike in FDA premarket approvals in contrast to the relatively low number issued in 2013. In 2012 there were 41, in 2013 there were 23, and as of August of this year there had been 20. In his foreward to the report, EvaluateMedTech product manager and report author Ian Strickland said, "This is a 43 percent increase compared with the same point last year, and ties in with deliberate efforts the FDA is making to speed devices to market."

Here's how Evaluate Ltd. expects things to look in 2020: Research and development spending will grow by 4.2 percent ($30.5 billion), and the biggest R&D spenders will be Johnson & Johnson in a tie with Siemens. Meanwhile, in vitro diagnostics will be the world's largest medtech segment with sales of $71.6 billion, and Roche will lead them with a 17 percent market share.

Medtronics will lead cardiology and Johnson & Johnson will lead orthopedics, and despite all that prosperity, the medical technology industry will continue to trail the prescription drug industry, which is projected to grow at 5.3 percent over the same seven years.