A female physician of many firsts 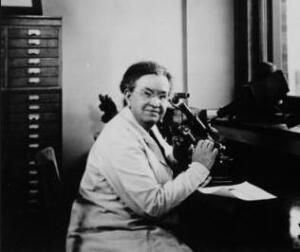 From the November 2014 issue of HealthCare Business News magazine
By the time of her death, Florence Rena Sabin had published more than 100 scientific papers and a book, won numerous awards, and held 15 honorary doctorate degrees. She was one of the first female physicians to build a successful career as a research scientist, paving the way for other women to emerge in the male-dominated field.

Sabin was born on November 9, 1871 in a mining town in Colorado. Growing up, she clearly had a talent for math and science, but she dreamed of being a pianist. However, she gave up on her dream career in high school, when a classmate told her that her musical talent was just average. Sabin attended Smith College, where she majored in zoology. She was encouraged by one of her professors to pursue medicine at Johns Hopkins' brand new co-educational school.

Sabin graduated from Smith in 1893, and spent the next three years teaching high school classes in order to earn enough money to put herself through the first year of medical school. When she entered Johns Hopkins School of Medicine in 1896, she was just one of 14 women in a class of 45 students. Sabin's quantitative and scientific abilities were quickly noticed by Franklin P. Mall, a prominent scientist who became her mentor and role model. Mall encouraged Sabin to pursue "pure" rather than applied sciences, and directed her toward two projects that enabled her to exercise her research abilities. Sabin's work on one of the projects - a three-dimensional model of a newborn's brainstem - was later used to develop a widely read textbook that was published in 1901.

After Sabin spent a year interning at Johns Hopkins Hospital, she was awarded a research fellowship by the Baltimore Association for the Promotion of University Education for Women. She published two well-received papers and in 1902, became the first female faculty member at Johns Hopkins. In 1917, sheearned the title of full professor.

In 1924, she was named the first female president of the American Association of Anatomists.
A year later, she became the first woman to be elected into the National Academy of Sciences.

Sabin served as a professor at Hopkins until 1925, earning praise and adoration from her students and respect from her colleagues. She did important research on the lymphatic system, blood vessels, and connective tissues. She also mastered the technique for studying living cells.

Although Sabin enjoyed teaching and the company of her colleagues, she was more drawn to research and laboratory work. She left Hopkins to serve as the head of the Department of Cellular Studies at the Rockefeller Institute for Medical Research. Here too, she was a pioneer for her gender- Sabin became the first woman to receive full membership at the Rockefeller Institute. She stayed at Rockefeller for 13 years, making tremendous contributions to the understanding and treatment of tuberculosis.

Sabin retired from her research career in 1938, and moved back to Colorado to live with her sister. But her contributions to the public good didn't end there. She was asked to chair several municipal committees focused on improving health services in the state. As the Manager of the Denver Department of Health and Charities in the 1950s, Sabin launched an ambitious campaign to improve Colorado's sanitation, enforce the health code for restaurant owners and food suppliers, and screen residents for tuberculosis and syphilis. Within two years, the incidence of tuberculosis in Denver dropped from 54.7 to 27 per 100,000 people. The incidence of syphilis also decreased from 700 to 60 per 100,000 residents.

Sabin died of a heart attack on October 3, 1953 in her living room chair. In 1959, Colorado placed a statue of Sabin in the National Statuary Hall of the U.S. Capitol, where she is still in a small company of women.