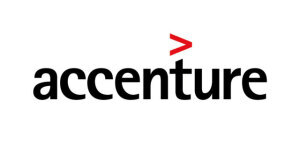 After a famously bumpy start last October, HealthCare.gov, the federal government's new health insurance marketplace, righted the ship. If you were of the opinion that Accenture deserved credit for turning the website around, a five-year and $563 million dollar contract extension granted by CMS will only reaffirm those suspicions.

A press release from Accenture outlines the new deal while pointing to the many successes the company brought to the table. Accenture is credited with completing transition activities in an accelerated timeline, executing architecture changes to increase capacity, and implementing usability improvements and re-enrollment capability to support the 2015 enrollment period.

In January of this year, CMS announced that Accenture would be stepping in to replace CGI Federal, one of the principle vendors behind the scenes of the page-freezing, crash-prone website rollout.

"We appreciate CMS' recognition of our hard work and solid results we delivered over the last year to improve HealthCare.gov. We see this new contract as a strong vote of confidence in Accenture's ability to continue assisting CMS in building and maintaining the site that has allowed millions of Americans to gain access to health care insurance," said David Moskovitz, chief executive at Accenture, in the press release.

The contract announcement comes midway through the second enrollment period, which continues into February and has gone smoothly so far, with over 6.4 million patients registered so far for 2015.