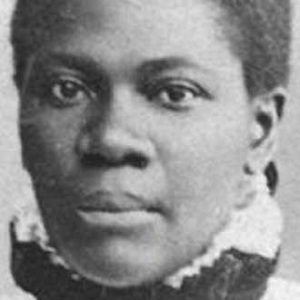 Rebecca Lee Crumpler
From the January/February 2015 issue of HealthCare Business News magazine
Rebecca Lee Crumpler overcame significant racial and gender barriers when she became the first black woman to earn a medical degree in the United States. Crumpler earned her place in medical history in the 1800s, and very few records of the story of her life survive today. In fact, most of what historians know about Crumpler comes from a primary source — the brief biographical preface in a book she wrote on public health, one of the first medical texts written by an African American.

Crumpler was born on February 8, 1831 in Delaware. Her aunt, who lived in Pennsylvania, raised her. People in the surrounding community often turned to Crumpler’s aunt for medical care. Crumpler wrote that watching her aunt care for sick neighbors served as an inspiration for her to find work in a field where she could help to “relieve the sufferings of others.”

At the age of 21, Crumpler moved to Charlestown, Massachusetts, where she worked as a nurse for the next eight years. She did not have any formal training, but neither did anyone else. The country’s first official nursing school was not established until 1873. Crumpler impressed the physicians she worked with, and they encouraged her to apply to medical school. In 1860, Crumpler was admitted to the New England Female Medical College in Boston.

It seems that getting accepted to medical school was the easiest part of Crumpler’s academic journey. When the Civil War broke out in 1861, she had to quit her studies and relocate to Virginia. When she returned two years later, she learned that she had lost her financial aid. Fortunately, the Wade Scholarship Fund granted Crumpler a tuition award. The Fund was established by Benjamin Wade, an abolitionist from Ohio. Thanks to Wade, in 1864, Crumpler became the first black woman to earn a medical degree in the U.S. (Dr. Crumpler also happened to be the only black woman to ever graduate from the New England Female Medical College; the school merged with Boston University soon after.)

After graduating, Dr. Crumpler briefly practiced in Boston before moving to Richmond, Virginia at the end of the Civil War. She joined other black medical professionals to care for recently freed slaves, who had no access to adequate health care in the postwar South.

Dr. Crumpler partnered with the Freedmen’s Bureau and a variety of social service organizations to deliver care to those who needed it. Her time in Richmond, Dr. Crumpler wrote, was “a proper field for real missionary work, and one that would present ample opportunities to become acquainted with the diseases of women and children.” She quickly earned an excellent reputation for her strong work ethic and commitment to her patients.

She married a colleague and returned to Boston in 1869. She opened a practice that specialized in women and children’s health, focusing on educating women about proper nutrition and preventive medicine. By 1880, she moved to Hyde Park, Mass., and began working on a book. Throughout her career, Dr. Crumpler kept meticulous journals and used the notes about her experiences as the basis for the manuscript.

Her work, entitled “A Book of Medical Discourses in Two Parts,” was published in 1883. Dr. Crumpler wrote it as a guide for women who could use it to improve the health of their families. This work is known to be one of the first medical publications written by a black American doctor and one of the first texts on public health ever published.

Dr. Crumpler died on March 9, 1895. As a way of honoring her legacy, today the Association of Black Women Physicians offers a scholarship in her name to aspiring black medical students.