Elekta is building the hybrid linac-MR of tomorrow 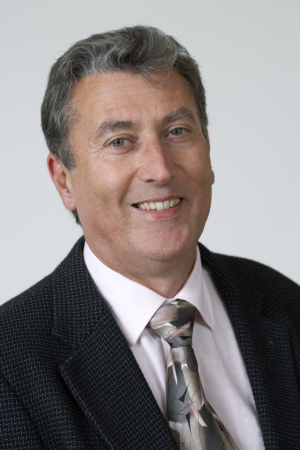 Kevin Brown, global vice president
of scientific research at Elekta
A first-of-its-kind MR-guided linear accelerator is being built by Elekta in the Netherlands, at University Medical Center (UMC) in Utrecht.

The linac will have a Philips 1.5 Tesla MR built into it, so radiologists will be able to visually monitor stereotactic radiotherapy as it's happening.

Combining the no-dose imaging of MR with the dosimetric demands of radiation therapy could represent a major milestone in cancer treatment. Kevin Brown, Elekta's global vice president of scientific research, told DOTmed News that this has been his most exciting project in 30 years in radiation therapy.

The cost of the system is estimated at roughly four times that of Elekta's current high-end linear accelerator, Versa HD, but the benefits may justify the expense.

"When the patient first gets onto the treatment couch we can do a full 3-D volumetric MR scan of the target area to set up the right shape and position for the radiation," said Brown. That allows the treating radiologist to reduce safety margins with confidence that healthy tissue will not be damaged.

After that they can monitor the radiation and the tumor while the treatment is in progress, ensuring that any movement is accurately accounted for.

"There is a hypothesis that if you can reduce the margins for rectal cancer and increase the dose and improve local control, then you can avoid surgery," said Brown. Higher fractions with greater dose control could also mean fewer visits to the hospital and less time off work for the patient.

"You can't just look at the capital equipment cost," said Brown, "You have to look at the total equation of what that patient's treatment is costing the health care system."

Niklas Savander, Elekta's president and CEO, issued a statement saying he expects MR-guided radiation therapy to become the standard of care within 10 years.

The project has been brought about by the MR Linac Research Consortium, which counts Elekta, Philips, UMC Utrecht, the University of Texas MD Anderson Cancer Center, and others as members with a common goal of bringing MR imaging to radiation therapy.

Atlantic, which Brown said is a working name for the system, is expected to be delivered to its first commercial purchasers in 2018. By 2019 the company expects to have approximately 75 units installed worldwide.