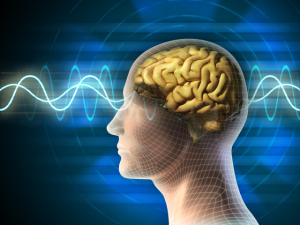 MR image-guided focused ultrasound has the ability to lessen some of the symptoms of Alzheimer's disease in mice, according to a new study funded by the National Institutes of Health (NIH).There is currently no treatment option for Alzheimer's but this research may change that.

Over 5 million people in the U.S. are suffering from Alzheimer's disease and it's the sixth leading cause of death in the country, according to the Alzheimer's Association. Finding an effective treatment for the disease would be a game-changer for the health care industry.

Researchers at Sunnybrook Research Institute in Toronto used MR image-guided focused ultrasound on a group of mice with an increase of plaque on their hippocampus, and a control group. They found that using a microbubble contrast agent, which vibrates when it goes through the ultrasound beam, can temporarily create an opening in the blood-brain barrier for drugs to enter.

As a result, the mice with increased plaque experienced improvements in cognition and spatial learning and both groups of mice benefited from increased neuronal plasticity.

NIH believes that this is an "exciting step" in finding effective treatments for Alzheimer's but cautions that more research is needed. Human cognition is vastly more complex, so clinical trials are needed to determine if this approach is effective.

"Hopefully these results will open doors to more research on how MR imaging-guided focused ultrasound could benefit cognition and perhaps be magnified by using other therapeutics in conjunction with this method," Dr. Steven Krosnick, program director for image-guided interventions at the National Institute of Biomedical Imaging and Bioengineering at NIH, said in a statement.