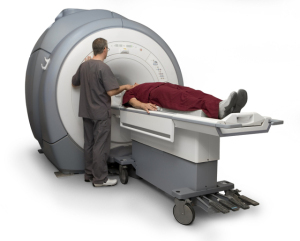 Anxiety from being jammed into the tight quarters of an enclosed MR can hurt patients who react badly to claustrophobia – and slow the workflow in busy imaging facilities to a crawl as well.

Now a recent University of Manchester, U.K. study published in the British Journal of Health Psychology has found that patients who received pre-procedure education with a DVD showed 30 percent better scan results. Use of the DVD led to both a better patient experience and a reduction in repeat exam costs.

"In most cases, patients who don't tolerate the exam are claustrophobic – which they may not realize. So it's really important that when the exam is being scheduled, the patient be advised what to expect during the exam," said Chuck Demanche, a long time U.S. hospital radiology director currently with Soyring Consulting, about the UK results. "This includes discussing the symptoms of claustrophobia," he told DOTmed news.

In the study, one control group of 41 patients was provided a DVD explaining the equipment and environment as well as depicting a patient undergoing an exam. The second section featured relaxation techniques the patient could use to manage anxiety. Of this group of 41 patients who watched the DVD at least once, 35 successfully remained still for a scan. A second group of 42 patients who received no pre-procedure education only achieved 23 successful exams.

“The research has broad relevance to other health-care procedures in identifying the behavior that patients needed to achieve, the factors that are important to carry out this behavior and drawing on theory and evidence base in developing an intervention targeted on the behavior,” Dr. Powell told DOTmed news. She also noted the study was initiated by Dr. Mahadir Ahmad based on earlier research he had done at National University of Malaysia.

According to Demanche the study's findings are not surprising and highlight a longstanding imaging challenge in every country.

Demanche said that traditional, as opposed to open-sided, MR exams are conducted in tight, noisy spaces which require the patient to lie still for 30-45 minutes on average.

"The patient's face is usually about 12 inches from the inside of the machine and the magnets make a lot of noise banging around during the exam," he said. Demanche said the U.S. has borrowed amenities developed in Europe to relax the patient. These include shielded goggles and headphones to allow the patient to watch a movie or listen to music. He added, however, that these devices are not inexpensive and often not found in smaller hospitals.

"In extreme cases the radiologist or referring physicians will prescribe a mild sedative, but there's always a chance of a reaction no matter how low the dose," Demanche concluded. "It's better to work with the patient ahead of time with education to reduce their anxiety."