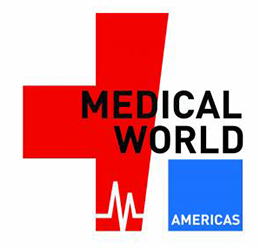 MWA 2015
Medical World Americas (MWA) has teamed up with some powerful allies to make sure its second annual show builds on the success of the first. The conference and expo has just announced several new sponsors and GE is among them, as well as PwC and Emirates Airline.

"GE Healthcare has a vision for the future that includes reducing costs, increasing access, and improving quality care around the world. These are exactly the discussions that are happening at MWA. We believe that by working together, we can accelerate progress," said Dell Boyer, GE Healthcare's General Manager, in a statement.

Also in the interest of accelerating progress, MWA has partnered with three organizations to host conferences in conjunction with the larger event, (the American College of Healthcare Executives - Southeast Texas Chapter, the Association for Healthcare Resource & Materials Management – Gulf Coast Chapter, and Vendome Group’s Healthcare Design Academy) a move the organizers hope will spur the development of the young conference.

Houston, and the Texas Medical Center, were chosen as the home for Medical World Americas because of the thriving health care atmosphere.

"MWA was born out of a collaboration between Texas Medical Center, the world's largest medical center, and the founders of MEDICA the world's largest medical event," said Dr. Robert Robbins, president and CEO of Texas Medical Center and chairman of the MWA executive committee, in a statement. "Through this collaboration, our attendees — a diverse group of health care professionals — and our valued sponsors are able to take advantage of a unique opportunity to share new innovations and technology that impact health care on a national level."

This year's event will explore new applications for 3-D printing in health care, as well as the growing risk of worldwide pandemics and the lessons to be learned from the Ebola outbreak in West Africa.

Beyond that, several speakers — ranging from CEOs, thought leaders, physicians on the front lines, and innovators — will discuss their unique expertise in health care and share ideas for improving the future of the industry.

The event is organized through a partnership between Messe Dusseldorf North America and the Greater Houston Convention & Visitor Bureau (GHCVB). It is supported by the Texas Medical Center and will be held April 27th - 29th at the George R. Brown Convention Center in Houston, Texas.