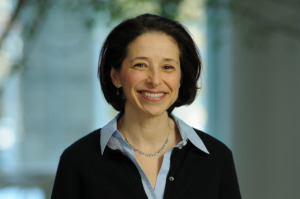 Treatment options used to diagnose the five million patients annually who suffer chest pain should be reconsidered, according to study results presented by the Duke Clinical Research Institute at the 64th American College of Cardiology’s Scientific Session currently underway in San Diego. The study was also posted on line March 17 on The New England Journal of Medicine website.

Lead author Dr. Pamela Douglas, a researcher and physician at Duke, internationally known for her scientific work in noninvasive imaging, exercise physiology and disease in women, led a federally funded study of 10,003 patients to compare the effectiveness of conventional stress tests to a technique called CT angiography (CTA), which enables noninvasive visualization of the arteries leading to the heart.

“There has never been very good data to guide testing choices in patients with stable chest pain,” Dr. Douglas tells DOTmed News. “We were very pleasantly surprised by a couple of the results.”

According to Dr. Douglas, there was a “low event rate” among the patients in the study regardless of the diagnostic treatment they received, which means very few patients had death or heart attack or hospitalization in the study. While CTA did not improve these outcomes that were the primary objective of the study, it did appear to better predict the need for advanced catheterization procedures and was associated with less radiation than nuclear stress testing.

While the costs of the initial tests varied, the overall costs of the two strategies were similar, a factor to consider as doctors and hospitals move away from fee-for-service medicine under the Affordable Care Act. Dr. Douglas says the research indicates that CT scanning should not replace stress testing, but should be considered a reasonable alternative.

In the study, half of the patients were given the CT scan while the attending physicians made the decision which stress test to use in the other half of patients. Of the physicians caring for patients in the functional testing group, only 10 percent chose the relatively low tech and inexpensive treadmill stress test. Two thirds of the patients received a nuclear medicine stress test while the remaining patients received an echocardiogram, also a non-radiation option.

“Ultimately, the choice of testing depends on patient and physician preferences. This new data may influence CMS (Centers for Medicare and Medicaid) guidelines and appropriate use criteria as well as give insurance companies data to reconsider the range of test options for diagnosing chest pain based on the study results,” adds Dr. Douglas.