'The Emperor Of All Maladies': Cancer's long road to prime time 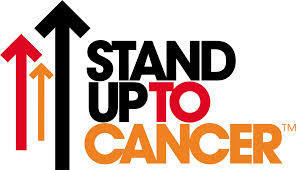 Stand Up To Cancer
Last Tuesday in Manhattan, cancer took an uncharacteristically high-profile role in a star-studded preview of the documentary, Cancer: The Emperor Of All Maladies. Since then, PBS has rolled out the entire six hour documentary, which profiles — both historically and intimately — the fight against cancer.

The people responsible for the film's creation — director Barak Goodman, executive producer Ken Burns, and the author of the Pulitzer Prize-winning book from which the film takes its title, Dr. Siddhartha Mukherjee — all spoke of their personal relationship with cancer. Personal stories were also shared by associates of the film, including Stand Up To Cancer co-founder Katie Couric, whose foundation largely funded the production.

Mukherjee described his inspiration to create his book in the first place. A patient had been diagnosed with cancer and said, "In order to beat this thing, I need to know what I'm fighting." The book and the film both achieve as complete an answer to that request as seems possible.

What's most startling about The Emperor Of All Maladies is the bold way it addresses a subject that most people shy away from. Ken Burns has made a name for himself through rich and elaborate documentaries that explore topics of general interest; baseball, jazz, and the American Civil War, to name a few. With cancer, Burns takes on a subject that is often personally terrifying and reluctantly discussed.

In recounting the history of cancer, the film discusses the Jimmy Fund; an effort undertaken in the 1940's to raise money for cancer research and patient care. At that time cancer was not a household topic, but through "Jimmy," a twelve-year-old cancer patient and Boston Braves superfan — whose real name was Einar Gustafson — the general public could relate to cancer. The Jimmy Fund opened people's hearts, and their donations ushered in an era of cancer treatment research that had not been seen before.

In that sense, Cancer: The Emperor Of All Maladies is a descendant of the Jimmy Fund, and may serve a similar purpose. For the viewers who have been fortunate enough not to have their lives touched by cancer, it provides an intimate window into the humanity of fighting cancer; the sobering losses and the jubilant victories.

For health care professionals, it offers invaluable perspective on where cancer has been, the treatment progress that is taking place, and why this business matters. If you missed it, you can see it online.