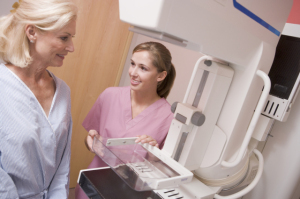 The U.S Preventive Services Task Force (USPSTF) released the draft update for its breast cancer screening recommendations on Monday — but not much has changed from the 2009 recommendations. The recommendations state that women between ages 50 and 74 should only undergo routine biennial screening and women in their 40s should discuss with their physician whether they need screening.

The American College of Radiology (ACR) believes that adoption of these recommendations “would result in thousands of additional and unnecessary breast cancer deaths each year,” and may also strip women in their 40s of private insurance coverage for mammograms at the time of their choice. The Affordable Care Act only requires private insurers to cover procedures with a "B" recommendation or higher.

"Insurance coverage has allowed more women to undergo screening and benefit from the reduced mortality rate," Dr. Susan Harvey, director of the Johns Hopkins Breast Imaging Section, told DOTmed News. "If we continue to decrease access and increase cost this will reverse progress that has been made over decades of improved technology and care. Creating financial barriers targets under-resourced women and impinges on the right to choose preventive care in this population."

The ACR stated that published analysis that used the Task Force’s 2009 recommendations found that if women from ages 40 to 49 go unscreened and women between ages 50 to 74 are screened biennially, then about 6,500 additional women in the U.S. would die as a result of breast cancer every year.

A study published in JAMA Internal Medicine in 2014 did find that patients experience short-term anxiety over test results but that the anxiety quickly subsides over time and that a false-positive result causes no measurable impact on the patient’s health.

“The USPSTF limited its consideration to studies that underestimate the lifesaving benefit of regular screening and greatly inflate overdiagnosis claims. They ignored more modern studies that have shown much greater benefit,” Dr. Barbara Monsees, chair of the ACR Breast Imaging Commission, said in a statement.

The ACR and the Society of Breast Imaging support the USPSTF Transparency and Accountability Act of 2015, which was recently introduced in the House of Representatives. The bill’s goal is to gain more transparency from the Task Force over the public comment process, adherence to the Administrative Procedures Act, engaging stakeholder experts and patients in a meaningful way and public access to deliberations and support materials.