Why do almost half of at-risk patients decline comprehensive cancer screening? 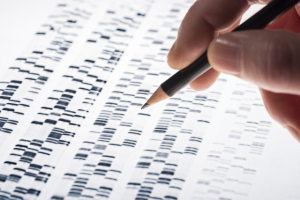 A study published in Genetics in Medicine suggests that nearly half of all at-risk patients opt out of comprehensive cancer gene screening when given a chance to be screened for genes linked to cancer.

The study, conducted by the University of Pennsylvania, looked at multiplex testing — an alternative to targeting cancer tests that allows for the simultaneous analysis of alterations in multiple cancer-related genes.

A few weeks after publication, the availability of low-cost genetic testing for breast and ovarian cancer mutations became available online.

All of the 49 patients in the study had a family or personal history that made them at-risk for cancer. They were all counseled on the advantages (early detection) and disadvantages (worry, uncertainty) of comprehensive gene testing, and 16 went on to decline the testing.

"We don't yet know enough about many of the genes on these panels, so multiplex testing may cause undue anxiety and stress over findings which may turn out to be benign," said lead author, Dr. Angela R. Bradbury, in a statement.

Indeed, the most frequent reason study participants cited for foregoing testing were concerns about information overload and uncertainty about the results.

Part of the problem, according to the researchers, is that these tests can identify gene variants that may be precursors to some forms of serious and untreatable forms of cancer.

Of the patients who did complete testing, 16 of them tested completely negative, five tested positive, and 12 were found to have gene variants of uncertain significance. The researchers noted that anxiety decreased significantly after pretest counseling and that anxiety, depression, and uncertainty did not significantly increase after getting the results.