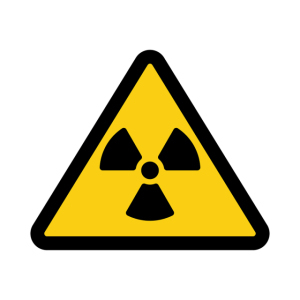 The meltdown of Japan's Fukushima Power Plant in 2011 was a catastrophic radiation disaster, and first responders had very little information to assess the damage and strategize the triage of patients. Now, researchers out of the Dana-Farber Cancer Center (DFCC) have come up with a blood test that can determine within 24 hours whether or not exposure is survivable. The results were reported recently in Science Transitional Medicine.

“We know this simple test works in animals but there has not been a chance to extrapolate the data to the human condition. No one is eager for that opportunity, but given the world we live in now, we want to have a test in place,” Dipanjan Chowdhury, Ph.D., a principal investigator in the Department of Radiation Oncology at DFCI, and Associate Professor at Harvard Medical School, told DOTmed News.

Chowdhury is an expert in DNA and how DNA repairs itself, and has studied the role of a new class of molecules called microRNAs (miRNA) in DNA repair. With a five-year grant funded from the Centers for Medical Countermeasures Against Radiation Consortium (Department of Health and Human Services) he and his team were able to expand on work they had already done to study miRNAs in blood as biomarkers for radiation exposure.

“After a radiation release in a population, there is currently no way to tell who was exposed and who wasn’t, and if someone was exposed, is it lethal or not?” explained Chowdhury. He said there are now antidote treatment agents for radiation victims, but these are expensive and may be in short supply after a disaster. The new test has the potential to aid in triaging patients with the best chance for survival. Chowdhury stressed that such treatment decisions are up to medical doctors, not he and his team.

“The fact that I am not a radiation biologist was a benefit in this research, I think, because I did not come at the problem with any bias,” he added. Chowdhury said he has received feedback from medical radiation oncologists who are interested to know if the blood test might have applications to monitor radiation therapy and help refine dosing in cancer patients.

There is strong indication that the blood test is effective. Tests were conducted on mice that had received human bone marrow transplants; the results were the same as mice without the transplanted human DNA. A treatment drug given to the transplanted mice confirmed that much of the human miRNA was rescued. Ongoing research is now focused on looking for additional miRNA signatures to allow for extended blood monitoring beyond the 24- to 72-hour window provided by the new test.

Chowdhury said there has been interest in the new test from as far away as Europe and Asia.

“I’ve been interviewed by German public radio and Polish television. I think nuclear matters are very much on their minds given their proximity to Russia and the presence of nuclear power plants in those countries.”