Ultrasound: making waves where it has never gone before 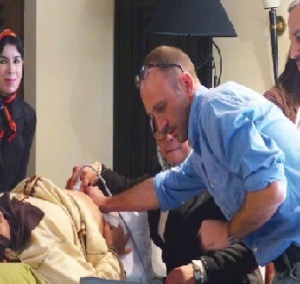 A few years ago, performing advanced medical imaging in a remote Moroccan village with no hospitals and no running water would have been virtually inconceivable. Over the last several years, however, a trend toward increasingly portable ultrasound systems has begun to change that.

As ultrasound extends its reach into rural parts of the planet, it is also seeing increased usage within the confines of the most modern hospitals. “The handheld ultrasound will become one of the most important tools that doctors will be carrying in their pocket,” says Dr. Jagat Narula, professor of medicine at Icahn School of Medicine at Mount Sinai. He believes it’s only a matter of time before the modality sends the stethoscope into permanent retirement.

The unprecedented portability of handheld ultrasound, combined with the safety of the imaging (which uses no ionizing radiation or toxic contrast agents), the diagnostic value of the pictures, and the relative low cost of the exam, all help explain why reimbursement has been kinder to ultrasound in recent years than it’s been to MR and CT.

Meanwhile, premium ultrasound systems have evolved in their own right. What they lack in portability they make up for with revolutionary diagnostic value and groundbreaking therapeutic utility beyond the capabilities of their handheld counterparts. All of this adds up to an industry worth over $6 billion globally and rising.

Starting from scratch in remote African villages
Approximately 800 women die every day from preventable complications associated with pregnancy and childbirth — and 99 percent of those deaths occur in developing countries. That’s why Asa Nordgren co-founded Trice Imaging Inc., a company that designed a DICOM-compliant medical image-routing platform to bring potentially life-saving diagnostics to the populations that most sorely lacked them.

When the project was first being developed in 2009, Nordgren says the concept of “connected health” was little more than “a bunch of PowerPoint presentations.” She and her team wanted to prove that modern technology could actually make ultrasound available in areas without physicians.

“We ultimately chose Morocco together with Qualcomm (which funded the project) because it’s a beautiful and fascinating country, but it’s also underserved when it comes to health care,” she says, adding that a rudimentary grasp of the French language goes a long way in communicating with the locals. Her team built everything from scratch. “I basically had a physician’s phone number and that was it,” says Nordgren. Over the course of four weeks they drove a mobile ultrasound caravan to three different rural villages; Oulmes, Boulmane, and Ribat el Kheir, and worked in local “health houses” to assist midwives, nurses, and doctors, in conducting ultrasounds using SonoSite MTurbo systems.
1(current)
2
3
4
5