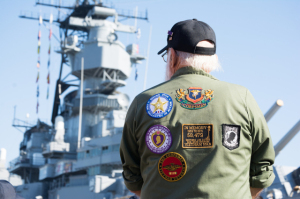 Even as Veterans Affairs (VA) budget cuts may force hospital closures unless Congress acts swiftly, a newly-leaked document has surfaced that shows over 238,000 of the 847,000 vets stuck on the VA backlog list for care, are in fact dead, according to news reports.

The shocking figures came to light when whistleblower and program specialist at the VA's Health Eligibility Center in Atlanta Scott Davis sent the Huffington Post a report entitled, "Analysis of Death Services."

This latest twist in the VA management scandals came at the same time as VA officials were telling Congress that they need to come up with a plan to adjust their budget to deal with a $3 billion shortfall. Legislators now have until the end of July to figure out what to do or services to vets may be disrupted, according to a report in Military Times.

"If these program funds are not restored, VA will face shutting down hospital operations during August 2015," VA Deputy Secretary Sloan Gibson warned in a letter to lawmakers accompanying the agency's funding proposals, designed to close a $3 billion deficit for the current budget year, according to the Associated Press.

The budget woes come despite Congressional approval of $10 billion over three years for the "Veterans Choice" program, designed by the VA to combat the backlog crisis that scandalized the nation after it hit the front pages in April 2014. Davis was instrumental in bringing to public attention, according to NBC News.

The VA told the legislators that it wants to close the multi-billion-dollar gap with money taken from the Choice program's budget.

At the Monday hearing, House Veterans' Affairs Committee Chairman Jeff Miller, R-Fla., stated he would work "to give VA the flexibility it's seeking to use a limited amount of Choice funds for non-VA care, and ensure that no veteran suffers as a result of VA's mismanagement."

Additional budget-cutting measures under consideration include furloughs and hiring freezes. These would come at a time, however, when the VA has seen an over 10 percent rise in use of its programs by vets since the initial 2014 revelations, according to Gibson.

A large part of the fiscal problem, more than $2.5 billion, comes from just two sources. One is an unfunded hepatitis C treatment program, the other is the VA's Care in the Community program, which outsources medical care for vets.
1(current)
2