Majority of practices have an EHR — and they're hampering productivity: survey

Majority of practices have an EHR — and they're hampering productivity: survey 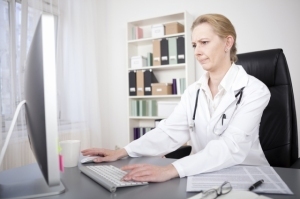 Most physician practices have fully implemented EHRs, but not all are satisfied with them, according to the 2015 Technology Survey sponsored by Kareo. The survey included 1,181 respondents — about 62 percent were physicians and 39 percent were other medical professionals.

The most pressing issues facing the practices today are a decline in productivity due to EHRs and a lack of interoperability between the EHRs. Furthermore, about 68 percent reported that they have not seen a return on investment and 36 percent are seeing fewer patients after implementation.

About 20 percent of the respondents don’t have an EHR mostly because they believe it’s too expensive and would not improve patient care. Other reasons for holding out include believing the EHRs on the market cannot meet their needs, or awaiting the implementation of their parent hospital's system.

However, about 67 percent of the practices reported that their EHRs have improved patient documentation. In addition, most of them are satisfied with their vendor and would recommend it to other practices.

The transition to ICD-10 has been delayed three times — most recently, the deadline was pushed forward from October 2013 to October 2015. A Workgroup for Electronic Data Interchange survey from April, found that many health care organizations did not take full advantage of the delay and are now falling further behind.

In March, Dr. Robert Wachter spoke to HCB News about a phenomenon called the "productivity paradox", in which the human learning curve for technological innovation requires several years to actually improve upon the status quo it has replaced.

The complete 2015 tech Survey can be read here.