Over 28 million baby boomers will develop Alzheimer’s by 2050 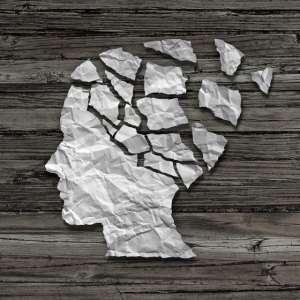 The prevalence and cost of Alzheimer’s disease is going to continue to rise, unless a treatment is developed in the near future.

Over 28 million baby boomers will develop the disease by 2050 and the cost of caring for them will make up almost 25 percent of Medicare spending in 2040, according to new analysis presented today at the Alzheimer’s Association International Conference.

If there are no major advancements in the treatment or prevention of Alzheimer’s in the near future, more severe forms of the disease will develop.

"The risk of Alzheimer's increases with age, and as baby boomers get older, the number of people developing the disease will rise to levels far beyond anything we've ever seen before," Keith Fargo, the director of scientific programs and outreach at the Alzheimer's Association, said in a statement.

A report that the association released last year found that the economic and health care burden that the nation is expected to face in the next two decades could be greatly alleviated if a treatment that delays the onset of Alzheimer’s is brought to the market by 2025. It would have the potential to save $220 billion in the first five years and decrease the amount of people with the disease in 2050 by 42 percent.

"Where we've made significant commitments – heart disease, cancer, HIV/AIDS – we've generated effective treatments and prevention strategies, and reduced death rates. Now is the time to do the same for Alzheimer's disease,” Fargo said in a statement.

There are a few experimental therapies coming down the pike that have the potential to delay the onset of the disease and might even prevent it. The update status of the drugs will be presented at the conference this week.

In April, ACR and the Alzheimer’s Association announced a new four-year research study to uncover the value of beta-amyloid imaging in diagnosing and treating Alzheimer’s disease and other forms of dementia. In addition, MRI image-guided focused ultrasound has been shown to reduce symptoms of Alzheimer’s disease in mice.