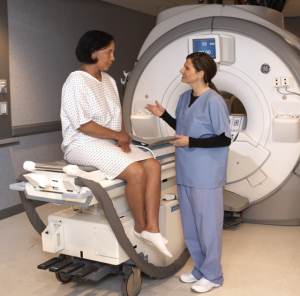 Courtesy of InSightec
InSightec announced on Wednesday that the FDA has approved the relabeling of the ExAblate system to treat women with symptomatic uterine fibroids who want to spare their uterus and maintain fertility. ExAblate can now be used for both women who are “family complete” and those who still want to conceive.

The relabeling was approved based on a study that involved 118 patients who conceived after ExAblate treatments.

“This is a major breakthrough in the treatment of symptomatic uterine fibroids,” Dr. Haywood Brown, chairman of obstetrics and gynecology at Duke University School of Medicine, said in a statement. “Gynecologists can now offer patients a treatment that is not only noninvasive and uterus sparing, but with the new labeling, this treatment is also an option for women who are not family complete.”

The FDA also approved the next generation of the ExAblate system. The new version provides physicians with greater control of and more flexibility in treating uterine fibroids with a clearer 3-D view of the treatment as it’s happening.

“The combination of INSIGHTEC’s next generation system and the expansion of our labeling, brings new benefits to treating physicians and women alike, as we can now serve a larger cohort of patients,” Ramya Singh, vice president of Americas at InSightec, said in a statement.

Thousands of patients have been treated with ExAblate around the world. More than 70 peer reviewed papers have demonstrated that the procedure is safe and effective in treating uterine fibroids, with up to three year follow-up, according to InSightec.

ExAblate was first approved by the FDA to treat symptomatic fibroid tissue in 2009 and this has been the second labeling adjustment since then.