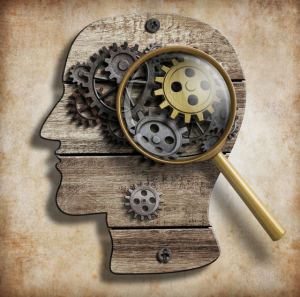 Although some older men and women infected with HIV scored normal on some standard brain tests, MR scans showed something was off compared to those of the same age who lived without HIV.

“We were a little surprised by the amplitude of difference, given that they performed comparably with the standard neuropsychology tests,” neuroscientist Xiong Jiang at Georgetown University Medical Center in Washington, D.C., and lead study author, told HCB News.

The results were published Nov. 17 in the journal AIDS Care. Functional MR scans had been taken of the adults over 50 years old while performing alternating face-gender/word-semantic tasks. Even though there have been advancements in the treatment of HIV-associated neurocognitive disorder, or HAND, it still remains one of the most common maladies and problems in those living with the infection.

In fact, previous studies showed between 30 and 60 percent of those with HIV-infection are affected, Jiang said.

Jiang’s study revealed that the HIV-positive group took a lot longer to adjust to change in tasks, which correlates with brain dysfunctions in the dorsal anterior cingulate cortex (dACC). This is near the front of the brain. Damage to this region has been linked to many brain impairments including apathy and executive deficits, such as the inability to manage time and pay attention.

“Intriguingly, both impairments are highly prevalent in individuals with HIV-infection, suggesting dACC might be one of the commonly affected brain regions in HIV and a potential neural target for therapies, said Jiang. “These findings, although preliminary, could have a significant implication for public health. While there is no proven treatment that can effectively treat HAND other than control HIV replication, it is important for caregivers, families and the individuals themselves to know if they are affected.”

“The scientists are working in this direction, and we are hoping we can develop some of these techniques to be helpful in fighting HAND. One thing the family members can certainly [do to] help [is] to be aware of the situation and take their loved ones to see their doctors if the symptoms [appear],” he stated.

They can also make sure their loved ones take daily medications to keep their viral load under control, as memory is one of the functions likely to be affected by HAND.

The amount of years participants were infected with HIV and whether or not that had any impact on the results in Jiang’s study had not been included.

“We did not have enough sample to answer this question, but will investigate in the new study,” Jiang said. “We will study about 100 HIV+ adults, ages 41-70 years. The ultimate goal for us is to understand how HIV-disease affects brain function with MRIs and to develop fMRI techniques that can serve as a non-invasive biomarker for early diagnosis and interventional therapies.”

The new study is being supported by a $2 million grant from the National Institute of Mental Health.

Jiang said that HAND can get worse or better through the years or can be stabilized.