So far, ACA has not reduced full time employment: study 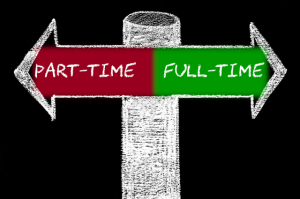 The adjusted probability of employees working part time before and after the Affordable Care Act (ACA) was enacted did not show significant change, according to new research.

“Although we cannot rule out some changes in certain populations, such as older workers and those with lower educational attainment, the evidence shows that there are no large effects detectable at the aggregate level, using a fairly large dataset,” Dr. Asako Moriya, Ph.D., economist and lead study author at the Agency for Healthcare Research and Quality (AHRQ), told HCB News. The study data came from the Current Population Survey (CPS) for the years 2005-2015.

She said the study specifically considered if there was any increase in the number of people working 25-29 hours a week, or less than 25 hours week, from 2013 through the first half of 2015.

According to Moriya, she and the rest of the research team had heard anecdotal media reports of companies reducing work hours to 29 hours (the threshold to provide health insurance). Based on the data, this has not occurred on a wide-scale basis.

“This was somewhat of a surprise to us because there was much concern that employers would make large adjustments in employee work hours,” she added.

She said the study team did allow changes for economic improvements. As an example, she noted that the slow recovery from the recession in recent years might decrease part-time employment. That, she said, could offset an increase in part-time employment attributed to the ACA.

She said that further research is recommended to determine if the phasing-in of ACA employer health insurance mandates may still impact employment trends.