More than half of PCPs make unnecessary referrals: study 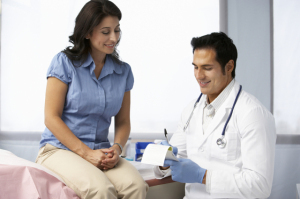 The study, conducted by Sapna Kaul, assistant professor of health economics in The University of Texas Medical Branch at Galveston department of Preventive Medicine and Community Health, in collaboration with researchers from Massachusetts General Hospital and Harvard Medical School, was recently published in the American Journal of Managed Care.

Kaul said the motivation for the study came from the recent push for value-based care.

The researchers sent their survey to 2,938 physicians, with more than 64 percent responding. They then analyzed the responses of 840 primary care doctors. The doctors were asked, “In the last year, how often have you given a patient a referral to a specialist because the patient wanted it when you believed it was not indicated?” and also, “In the last year, how often have you prescribed a brand-name drug when an equivalent generic was available because the patient asked for the brand-name drug specifically?” They were directed to respond by checking “Never, “Rarely,” “Sometimes” or “Often.”

The study found that internal medicine and family physicians were more likely than pediatricians to prescribe brand-name drugs and make unnecessary referrals. Doctors who interacted with drug and medical device representatives, had more years of clinical experience, were in solo or two-physician practices and served a lower population of uninsured or Medicaid patients were also more likely to comply with patient requests, according to the study.

The study authors speculated that doctors who met with pharmaceutical company representatives weren't as concerned about managing health care costs and were also “less confident in their knowledge base,” making them more likely to seek input from specialists. Drug company representatives also may push primary care physicians to make referrals to specialists as a marketing tool, the authors wrote.

The authors also hypothesized that the more experienced doctors, and those doctors working in smaller practices, have stronger relationships with their patients and are looking to avoid disagreements.

“If you have a practice for over 30 years and you know patients so well, it’s so easy to give in to patient requests,” Kaul said. “You may worry about decreased patient satisfaction.”

The study authors recommended increasing efforts to reduce unnecessary health care expenditures and increased transparency around physician decisions. Kaul said the Choosing Wisely initiative, a campaign launched in 2012 by the ABIM Foundation that includes recommendations for both patients and clinicians on when certain tests and procedures are beneficial, is a good example of a way to bring doctors, patients and other stakeholders together around the issue.